Mangrove Reforestation on Ambergris Caye – a Collaboration Between ACES and ECI

Mangrove Reforestation on Ambergris Caye – a Collaboration Between ACES and ECI 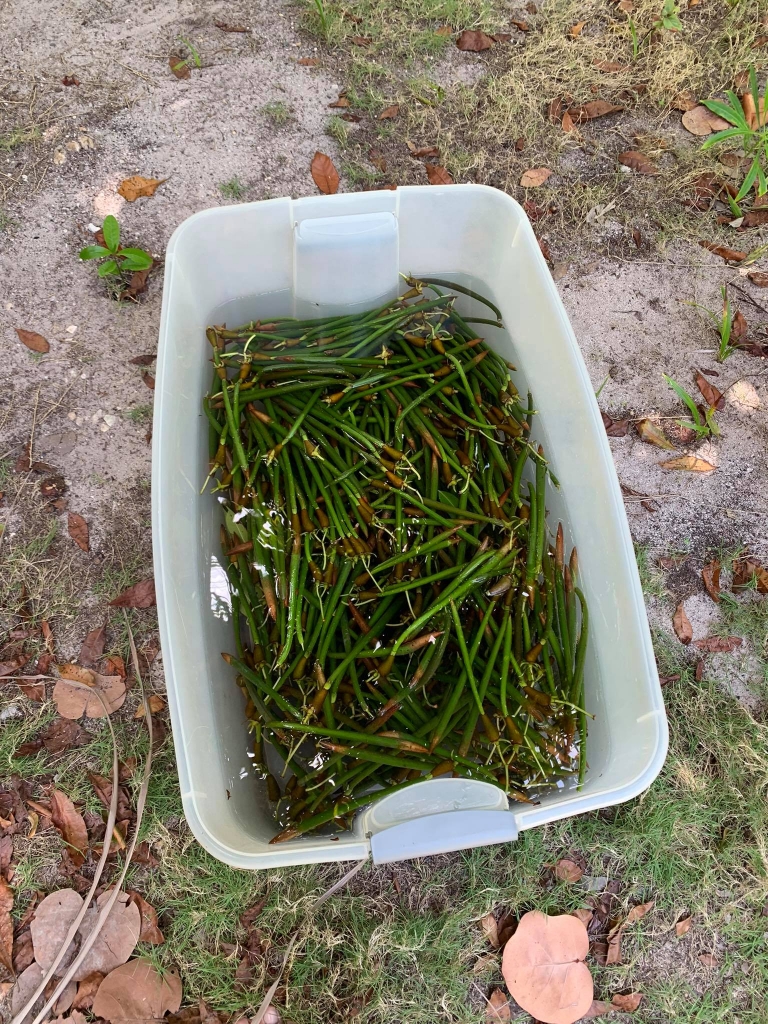 Over the past few months, ACES prepared for the mangrove propagule season – which is when seeds are ready to be harvested. A lot of research went into the methods used around the region for mangrove reforestation, and ACES reached out to those who have been working on similar projects to learn the individual methodologies being applied. Some of those experts include Allie Johnstone of Caye Caulker Strong, David Hilmy of Kutunza Translocation Facility, and Nadia Bood of World Wildlife Fund.

With many small-scale attempts at mangrove nurseries and reforestation in Belize and neighboring countries with similar ecosystems, projects have shown success in the short term thus far. The methodology varies from person-to-person and with differing restoration sites. As an example, mangrove propagules need far greater protection in their younger years when planted in the turbulent ocean than propagules in the sheltered lagoon habitat.

ACES has opted to focus on the red mangrove (Rhizophora mangle) – a particularly important species of mangrove that grows directly in water. Adapted to thrive in the harshest of tropical conditions, the above ground roots of the red mangrove are vital to the overall ecosystem from the lagoons to the coral reef. The complex web of roots trap sediment and soil, which not only holds land together preventing long term erosion and providing protection during storm surges, but prevents sediments from reaching and suffocating the reef. The root system also provides a home and nursery to hundreds of species of fish, reptiles, crustaceans, and in many cases, mammals.

Studies have shown that areas of reef with mangrove forests nearby have up to 25 times more fish on the reef than areas where the mangrove have been destroyed. Mangrove are also vital in the fight against climate change as their forests can remove and store up to 10 times more carbon from the atmosphere than a similar sized terrestrial forest. Indeed, the importance of this incredible species of flora cannot be overstated.

Early in July, ACES did its first harvesting of mangrove seeds that were big enough for propagating. A few hundred seeds were soaked for a week, after which they were taken for replanting at the chosen site. The location is particularly important, as while protected by Belize legislation, mangroves see little protection on the cayes and the law goes largely unenforced. Mangrove and the surrounding wetland habitat are destroyed on a daily basis due to development. Due to this lack of regulation, most wetlands that could use restoration are in the possession of private citizens and developers who often eradicate the mangrove and fill in the area to create profitable “reclaimed land”.

ECI’s property to the west of Ambergris Caye, the site of TES Village, will be the first testing ground for this exciting project. While the bedrock is too shallow for planting in the actual pond, the mud flats on the south side next to the pond have been declared excellent for the seedlings. ACES’ Chris Summers was excited to report that on July 11th, 416 mangrove seeds were planted in the adjacent waters just south of the TES Tiny Home development.

According to Chris, the area is great to begin with, as it’s trying to restore itself from prior destruction when the area was under development. “There’s already a natural slope of black mangrove growing in the shallows spreading out, but given the location, lack of proper tides, and the fact that there’s only one adult reproducing mangrove bush nearby, the red mangrove seems to be struggling to take back hold, so this seems like a perfect spot to start the project and lend a helping hand,” said Chris. He also believes the area could handle a few thousand seeds being planted, as it’s still uncertain which percentage of them will take hold.

It is truly exciting for ECI to be part of such an incredible project. The newly planted seeds will be monitored closely, and updates will be forthcoming, in particular the upkeep, new developments and changes in planting methodology should there be a need for it.

About ACES: ACES is a non-profit organization permitted by the Belize Forest Department and dedicated to the conservation of Belize’s critical wetland habitats and protected species, specifically Crocodilians, through scientific research and education to preserve wildlife for future generations. Website: https://www.aceswildliferescue.org/